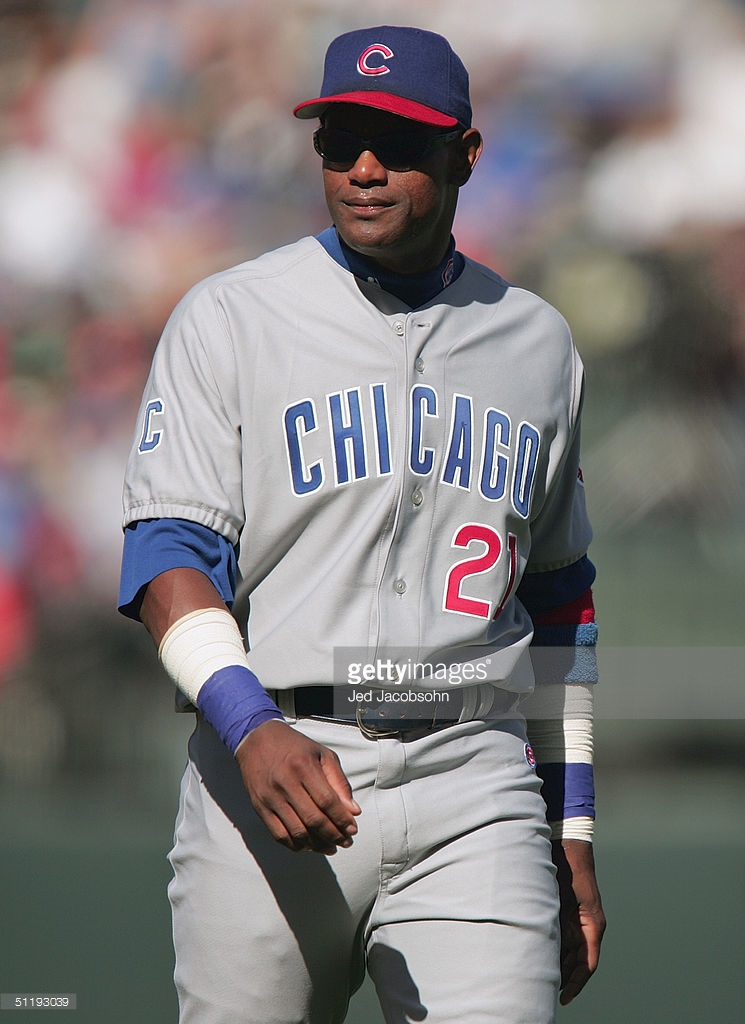 Few of my colleagues in the sabermetric community have never understood my fascination with Sammy Sosa. I am frequently reminded that his bWAR of 58.6 is underwhelming for a corner outfielder who once carried the consensus of being a no-doubt, first-ballot induction to the Hall of Fame. Of course, all experts know that fWAR, of which Mr. Sosa accumulated 60.1, has the superior formula for Wins Above Replacement, but I wish  not to taunt my more infantile mathmeticians. As man shunned from my prestegious post at the University of Chicago, I hold in common with Mr. Sosa the alienation of constant rejection. Just as my original wAFA+  (weighted action figures average) has yet to be granted the legitimacy of a Fangraphs article, Sammy Sosa's seven-peak average dWAR/650PA of 1.6 has never once been cited in any publication for being one of the best longterm defensive performances ever in right field.

Us renegades who would prefer to use our genius arithmetic to seek out new truths instead of rehashing the well-known thesis that Ted Williams was good at baseball can find solace in the career statistics of Sammy Sosa. The Society for American Baseball Statistics might not give you a platform in which your glory is sang, but my Society of American Sosa Research will become the institution that legitimizes sabermetrics as a respected science. It is in my search where readers of Sammy Sosa's Playhouse will find truly radical discoveries through experimentation. 61% of Sammy Sosa-lead teams were winning teams, which is more than can be said of any Boston Red Sox team with Bill James in their front office. Yet it is I who remains in exile, just as Mr. Sosa was forced into after slugging .613 against left-handed pitching in the 2007 season. It was an intentional injustice to force such a dominating right-handed hitter into retirement that our society might not recover from if not for publications like my Society for American Sosa Research who will correct the record.