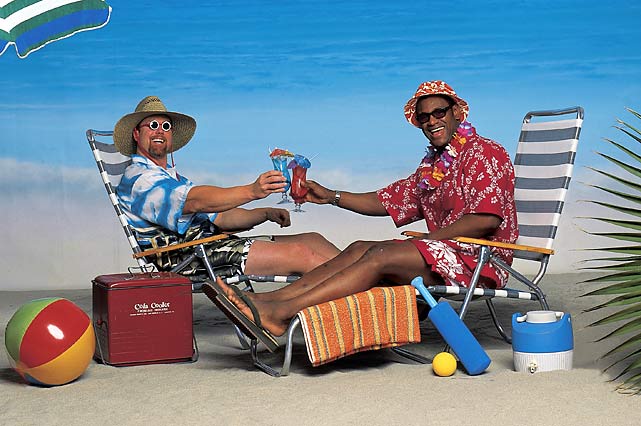 With all due respect to Dwayne "The Rock" Johnson, Slammin' Sammy Sosa is the most electrifying man in the history of Sports Entertainment. When I first saw him work in Arlington, Texas, I thought "Sam Sosa" was just some jobber who would get stuck with a new gimmick every few months. They tried booking him in this cheap Bash Brothers ripoff with Frank Thomas on the White Sox. That went nowhere. It was just bad booking and everyone in the business knew Frank could be a star with better booking, so they let him do the Big Hurt gimmick that got so over we forgot about his Dominican sidekick.

I figured the career of Sammy was given a death sentence when they booked him on the North Side. How could this foreign kid gt over when you had Ryno as the 40-year-old babyface champ in that merket? But Slammin' Sammy proved the bookers wrong. He'd walk up to the plate wearing gold chains with a cocky spring in his walk, he'd break windows and shake off the stop signs of the base coach — classic heel stuff. But his workrate was so energetic that he was getting huge pops as a midcard guy. They could have Sammy strike out 200 times — and they did — and it didn't matter: when Sammy hopped out of the batter's box, the fans hopped with him.

I'll be honest, when Bud Selig did that swerve replacing Ken Griffey Jr. with Sammy in the Big Mac feud, I was against it. I thought Junior was the best in the business, I thought he deserved the Home Run Title, and I ended up being right that it buried the character of Junior. But none of that was the fault of Sammy and Sammy ended up capitalizing on finally getting a main event push.

Sammy Sosa and Mark McGwire took the struggling business into a new golden age. They were getting the biggest pops you ever heard in every stadium, and those two men had the best chemistry I have ever seen between talents. We still haven't seen anyone as over as 98-01 Sammy Sosa.

I didn't start giving credit to the mind Sammy had for the business during that boom period because that era was so big for everyone, but he convinced me of his creative genius when things started getting stale by 02, so he turned heel with that corked bat in 03. Here's a guy who didn't even need to speak English to hold every crowd in the palm of his hand just a year ago and he's out there getting major heat at Wrigley of all venues. Not even Steve Austin could get fans to boo him when he turned heel. 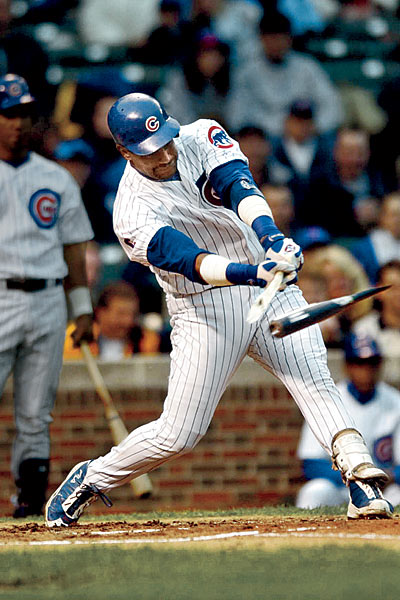 Sammy was one of those once-in-a-lifetime guys in this business. Anyone who wants to understand the art of professional baseball should be required to watch old Sammy Sosa tapes.