A Call for Universal Basic Injections 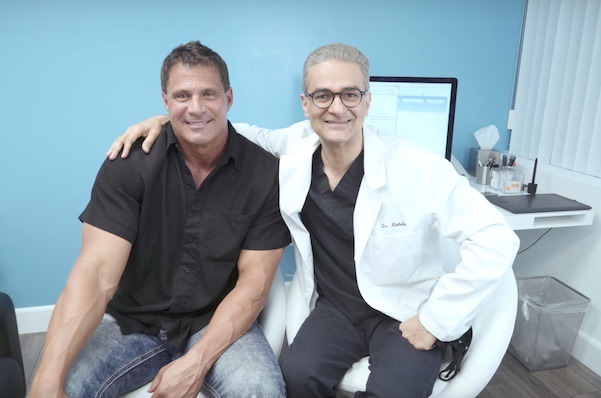 However, the Playhouse suggests that MLB takes further precautions when play eventually begins. The postponement is not only for protecting fans, it is for protecting the players. There's little MLB can do to help fans more than they are already doing by postponing the season, but there may be more they can do to protect the players. There is no vaccine for COVID-19 and will not be for another year. Those who catch the coronavirus are left only to their own immune systems to fight the illness. Luckily, the vast majority of people under the age of 40 have seemed to have the immune strength to avoid fatality, but what if, short of a vaccine, there were some substance that could take the performance of someone's immune system and enhance it? The Playhouse believes such performance-enhancing drugs may exist

In order to ensure that no Major League Baseball players who may come in contact with the coronavirus, The Playhouse is calling for Rob Manfred make an executive order dictating are entitled to Universal Basic Injections (UBI) of performance-enhancing drugs. The Playhouse has vetted the Jose Canseco School of Medicine in Toronto and determined that they are equipped to perform the Universal Basic Injections MLB players are in desperate need of. The clinical research conducted by a joint operation by the Jose Canseco School of Medicine and the Playhouse's own Society for American Sosa Research has documented various benefits MLB can expect their players to experience.

One benefit is that PEDs protect players over 40, who are in the demographic most at-risk of the coronavirus. Former players such as Barry Bonds, Roger Clemens, and Randy Johnson who remained atop the statistical leaderboards during the Steroid Era while they were in their 40s have no modern analogues who can do the same. Bartolo Colon is the same age that Nolan Ryan was in his final season, yet he remains an unsigned free agent. Not only would PEDs allow forty-somethings to stay strong in their immune systems, it would also allow them to keep earning a much-needed income.

As for younger players whom the decorators of UBI say may not need PEDS, the unique situation the 2020 baseball season must operate around may delay the long-anticipated MLBPA strike another year, but it will not go away. Players are upset with the arbitration system that prevents them from reaching lucrative deals in free agency until their seventh year of team control. Players are hitting free agency at ages where it seems their physical and statistical peaks are in the rear-view mirror. UBI will allow players to remain on All-Star Teams and MVP ballots well past their age-28 seasons, regularly hitting upwards of 45 home runs during contract years.

COVID-19 represents the deficiencies of our public health and our economic institutions. We need Universal Basic Injections to deal with both.