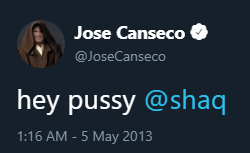 Shareef O'Neal, one of America's top high school basketball prospects, has gotten some new ink in tribute his father, the iconic rapper, actor, and 4-time NBA champion Shaquille O'Neal. If you're going to endure the amount of painstaking time needed to get such a high-quality tattoo done of Shaq, you might as well represent one of the most iconic moments 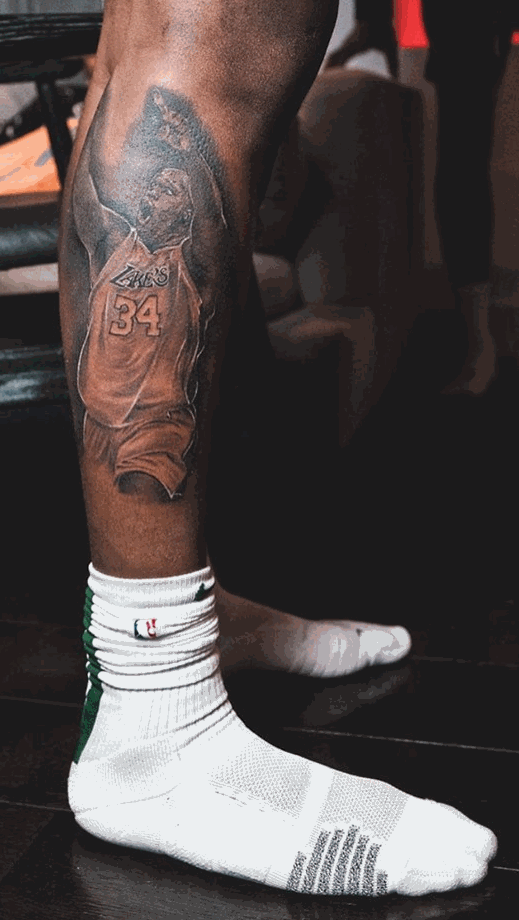 of his career; this tattoo shows the scene of O'Neal celebrating with a Sosaesque double-point after a late-game alley-oop in the 2000 Western Conference Finals which shows up in every Shaq mixtape. Basketball mixtapes, we should specify, as it would be unusual to feature video highlights in one of his hip hop mixtapes.

However, if you ask Shareef, there is a deeper significance to this particular design than merely being a highly identifiable milestone in the Big Diesel's body of work. Apparently, when this play happened in the 2000 WCF, Shaquille's celebratory point was purposefully aimed at young Shareef sitting in attendance. Shareef was barely half a year old at this point in time, so the fact that he could not possibly have any memories of this incident means that the only way he could have learned this was from his dad telling him about it.

Really? The Playhouse has to make like Jose Canseco and call Shaq out for these shenanigans. We do not want to insinuate that the Shaq Daddy is anything but a tremendous father, but he is known to value admiration of his peers quite highly and it would not be uncharacteristic for him to exaggerate truths such that the image of him is painted more lovably. Shaq could have just bullshat this story to his son to show how much he loves him, which is admirable, but we feel it is our duty at The Playhouse to set the records straight when it comes to professional athletes pointing at shit.

Sammy Sosa is the greatest pointer of all time. Not even the most aroused BronSexual could suppress enough memories from the 90s to put anyone above The Real Mr. 609. Even in his retirement, Sammy has made sure to keep pointing at literally everything as well as literally nothing; there is much photographic evidence of this. He pointed with the same frequency while he as still playing, and these points were not always without purpose. During his Wrigley Field pre-game sprinting ritual, he was explicitly pointing at the fans sitting in the right field bleachers. During his post-home run point-to-the-sky, which always followed a kiss of his hands, he was specifically pointing at God to transmit a message of peace and love to his mother in the Dominican Republic. If Sammy told his children that any of his world-famous points were aimed at them, everyone would know it to be the whole truth. There are so many instances of Sammy pointing that each point could conceivably been dedicated to a different person or cause, and Sammy could point to each one and point out every point's point.

Shaquille O'Neal lacks the quantity of points necessary to be this poignant. With Pointing Incident Scarcity, there are only so many points he can retroactively dedicate to his sons, so he might as well credit his most famous point to the son too young to know the truth. This is not to attack Shaquille O'Neal's character — the big man has to do what he has to do — this is to show the world of the type of adversities that we will all face tomorrow if we don't point at everything today.

Go outside. Put on your favorite Yellow Sweater. Point at the sky. Point at your neighbors. You must point at everything and anything. Point at this, point at that. You can even point at a schoolgirl's twat. #SosaWhat 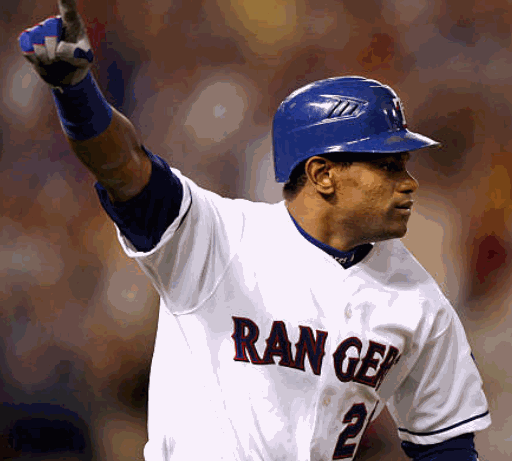