Notice anything special in this picture? 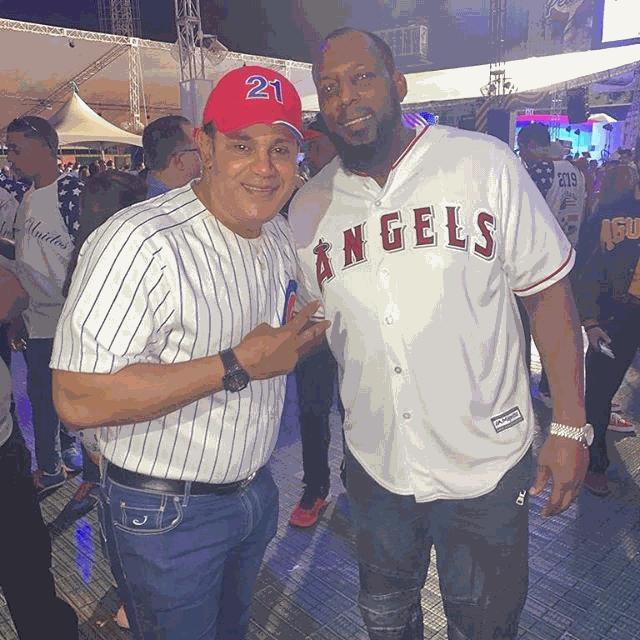 No, it's not that Sammy is white. He's been like that for a while. Try again.

No, it's not that Sammy is hanging out with Vladdy. Dominicans stick together, bromigo, everybody knows that. Keep looking.

No, it's not that Sammy is wearing a red hat and we didn't photoshop "Make Sosa Black Again" onto it. Although, now that you mention it, we are getting deeper into Election Season...

Alright, enough tomfoolery, we'll just go and #PopTheCork for you. Sammy Sosa is wearing a Cubs jersey. This is the first photographed instance of his person wearing any Chicago Cubs material since he last played for them in 2004, and left the last game of that season without telling anyone.

The feud between Sammy and the current regime that lords over the politically post-geographic North Side has been quite public, but the Northern Aggression of the Ricketts family has never prevented Sammy from admitting that he still roots for the Cubs and wants to return to the once-friendly confines.

We know Sammy displays many Cubs mementos in his home, but he doesn't have any generic Cubs pennants or anything. All his memorabilia are specifically from his career accomplishments, which can be seen more personally than as a professional endorsement of the Cubs organization. But take a look at him now, in public, wearing a Cubs jersey over his ambiguously colored flesh. flashing his trademark peace sign.

The ball is in your court, Tom Ricketts. You can pretend that he doesn't belong in Wrigley anymore, but Sammy is wearing the jersey whether he has your official invitation or not. You can continue to ignore the Hands of Peace, or you can snap the corked olive branch which has been extended and escalate your war efforts. The choice is up to you, my friend.