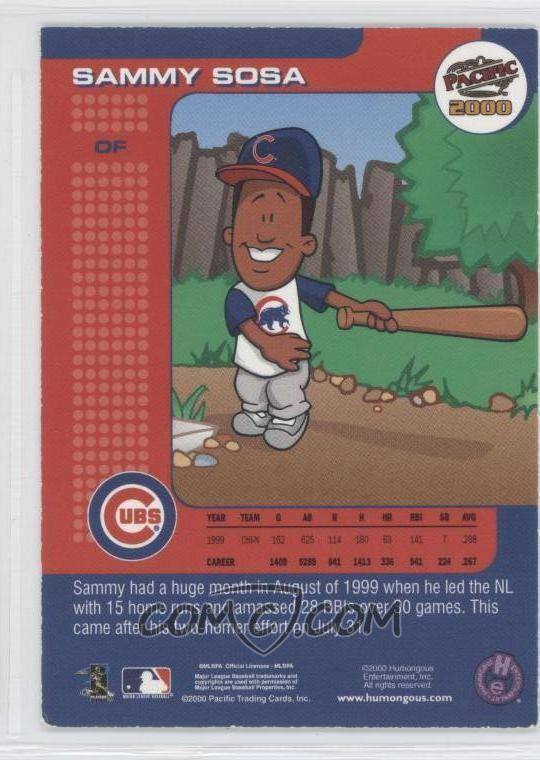 It's the 20th Anniversary of Backyard Baseball's release, and thus, millennial baseball fans everywhere are waxing nostalgic about this unique computer game that was a staple of many late 90s childhoods.

The Playhouse is not a participant of such anniversary celebrations. Call up my boy Wellington Castillo, because we have a beef with Backyard Baseball.

When Backyard Baseball 2001 introduced to the series child versions of then-current MLB stars playing aside fictitious characters, it should have come to no surprise at all that Sammy Sosa was among the inaugural class of real-life Backyarders; Sammy would remain in every Backyard Baseball game until Backyard Baseball 2005. The Playhouse firmly believes no video game is worth playing unless it features Sammy Sosa, but the developers at Humongous Games shouldn't have bothered at all if they were going to fuck up Sammy's origin story so badly. Did the developers even watch Slammin' Sammy: The Sammy Sosa Story?

Where was the milk carton glove, the stick bat? Where was Sammy's beloved childhood peacock, Judas Iscariot the Bird? He's the entire reason Sammy played baseball, as his tragic death at the hands of Roger Maris's 61st home run in 1961 motivated Sammy to avenge his peacock and break Maris's record. We all know adult Sammy as a fun-loving guy hopping all over the place with a smile on his face, but young Sammy was nothing like that. He was determined to seek his revenge. He wouldn't have gleefully greeted Mike Piazza with a handshake before stepping into the batter's box in the Backyard Baseball 2001 intro cutscene; Sammy Sosa, yes, the real Sammy Sosa would have punched Piazza in the balls so he would fall down and the unobstructed home plate umpire would be socked in the gut with a Randy Johnson fastball, because Sammy couldn't let his destiny be slowed down by balls and strikes. Sammy Sosa, yes, the real Sammy Sosa wouldn't be legally allowed to enter Tin Can Alley because we would break into the factory and construct a tin shank that he'd use Reese Worthington in the eye after Reese mocked the word "peacock".

Go on, celebrate the 20th Anniversary of Backyard Baseball if you must. We here at the Playhouse will stick with Sammy Sosa's Softball Slam.