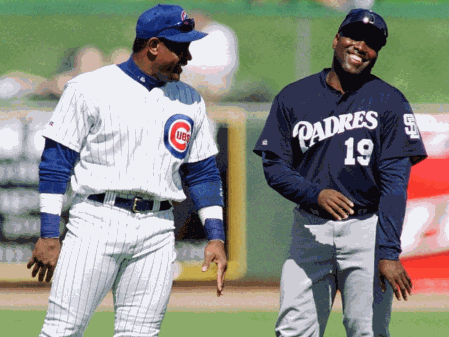 The baseball community currently primes beneath the prospect of the 2020 season being even shorter than any of the shortened seasons which have happened throughout our game’s grand history. This shall make it possible that the statistics all of us spend our time studying in addition to holding up against the examples of history will play outout in a sample size that is smaller than we have any historical comparison for. Some experts think that statistics from a season with fewer than 100 games cannot even exists compared to a 162 or 154 season. Some wonder if whoever wins the Championship in this coming season, along with any award winners, can truly hold the same prestige as the men who came before them.

Shortened seasons have always been statistical anomalies for academics such as myself. In the case of 1994, admirers of Tony Gwynn insist that the splendid contact hitter’s .394 batting average would have exceeded .400 if given the proper sample size, while Montreal Expos, Cleveland Indians, Chicago White Sox, and New York Yankees fans all debate who has the most rightful claim to that year’s vacant championship. What is overlooked by the intelligentsia is the outstanding season Sammy Sosa was putting together in 1994 before the season was cancelled.

Sosa finished the season with a slashline of .300/.339/.545 – career highs in those qualitative rate statistics at that point in his young career. Of course, his quantitative counting stats pale in comparison to his those from the 1993 season in which he played 159 games, however the 25 home runs he did hit in his 426 opportunities account for an HR% over 5%, which means that he would have equaled his then-career high of 33 home runs if given his average amount of At-Bats.

While any reasonable fellow would admire Sosa’s first .300 Batting Average, certain opponents of mine may note his .339 On-Base Percentage as less desirable. Indeed, Sosa drew precisely as many Bases on Balls as he hit home runs, but perhaps that was for the best. During the 24 games in which Sosa walked, Sosa drove in and/or scored multiple runs (RsRBI) in 11 games, outnumbered by the 13 games in which he drew a walk, but ultimately scored and/or drove in one or zero runs. One would hypothesize from that figure that it was perhaps best that Sosa did not walk all that often; the experiment verifies this hypothesis because Sosa over 80 of Sosa’s combined RsRBI came in games where he did not walk.

Given that Sosa’s best double-digit game streak came with an astonishing slashline of .341/.413/.585, along with the second-lowest strikeout percentage of his career (second only to his fabulous 2005 season), it appears obvious that he had the plate discipline to walk more, but consciously chose not to in order to stimulate run production. The 1994 season contains another demonstration of Sosa’s strategic genius. In 35 plate appearances in which the Average Leverage Index was more than twice what is considered to be high pressure, Sosa’s OBP was .371. Perhaps the Chicago Cubs, who finished the shortened season below .500, might be able to join their crosstown mates in speculating about the World Series that wasn’t, if one compiled evidence that the team was willing to rally behind Sosa as a leader. A winning lineup always begins with the leadoff hitter, and Sosa slashed .315/.345/.713 in games where he lead off; 10 of his home runs and 22 of his runs batted in also came in such games. For comparison, the greatest leadoff hitter of all time, Rickey Henderson, received MVP votes in five different seasons in which he hit 10 or fewer home runs for the entire season.

Statistics compiled within shortened seasons will always carry questions about how they can be compared to completed season collections, but there will never be much question about how to compare players to their contemporaries in the shortened season. Sammy Sosa’s 22 stolen bases were the most of any right fielder in 1994, and his 9.8 defensive rating was the third best in the league for his position.

The right fielder who receives the most praise for his 1994 season, the aforementioned Tony Gwynn, whatever his batting average might have been, finished the year with an fWAR within the margin of error of Sosa’s. It is time that we give Sammy Sosa his due for what might have been in 1994.